How to Turn your Drupal Upgrade into an Opportunity for Growth 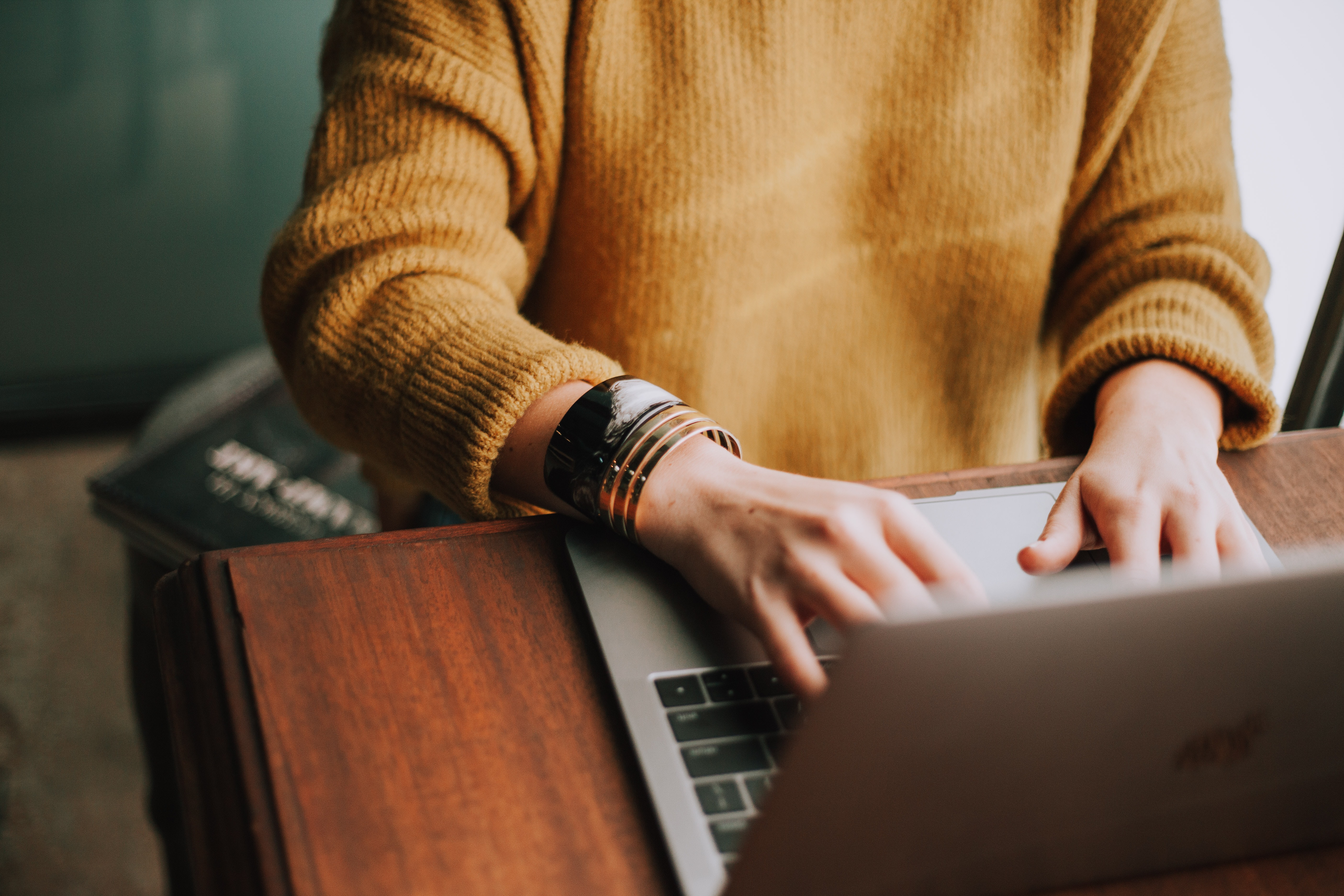 “We’ve drastically cut down on the amount of staff needed to operate or to facilitate the license purchasing and renewal process. We’ve processed well more than $1 million through this platform.” — Solutions Architect, Hancock Natural Resource Group

Drupal 7 isn’t getting retired until November of 2022, so why are Drupal developers already talking about upgrading to Drupal 8 (and the release of Drupal 9) now…and should you?

This post answers those questions (and more) for site managers, CMS admins, marketers, and others curious about upgrading to Drupal 8. For a more technical perspective (for those familiar with concepts like drush, Drupal core, .htaccess, and PHP) these blogs about preparing to upgrade your Drupal 7 site and steps to upgrade your Drupal 7 site will help steer you in the right direction.

Busy at the moment? No worries.

Download a free PDF of this blog so you can read it later!

More than 100,000+ savvy companies have updated to Drupal 8—and improved their digital experience with it. We produced this report to help our enterprise clients stay ahead of the curve. Now we’re giving it to you, for free.

To download this report, please tell us a little about yourself:

From a strategic standpoint, the three most important things to know about upgrading Drupal are:

As you can see, proper planning can help your team turn this upgrade into an opportunity to unlock growth. Here at ADK, we’ve been fielding many questions from our Drupal clients to help them properly plan to take advantage of this update. The answers below, culled from our own team’s insights as well as feedback from our clients, will help you decide where and how to begin.

In November 2022, Drupal 7 will no longer receive active support from the Drupal community, which will result in no further security updates for that version of the CMS. This also means that integrating future modules and applications or carrying out basic site maintenance initiatives will be much more difficult as time passes. To ensure your website remains secure, online, and healthy, it will need to be upgraded to a more modern application.

Drupal 7 vs Drupal 8—what’s the difference?

Drupal remains a powerhouse in the open-source CMS world (and can be better than the more popular WordPress for certain applications). However, the structural limits of Drupal 7 were identified early, so powerful additions were made with the introduction of the more modern, scalable, and secure Drupal 8.

Key benefits of Drupal 8 include:

Should we wait to upgrade from Drupal 7 to Drupal 9?

No – if only it were that easy. The difference between previous versions of Drupal and Drupal 8 is substantial, and that’s where the benefits lie. Drupal 9 will essentially clean up vestigial parts of Drupal 8: for example, it will remove some legacy and deprecated code, without adding any new features.

Therefore, upgrading to Drupal 8 now lets you get all the benefits of an upgraded CMS without waiting. And once you’re already on Drupal 8, getting onto Drupal 9 will be a negligible task compared to trying to jump there from Drupal 7.

Will upgrading from Drupal 8 to Drupal 9 be as much work?

Again, the answer is no. Drupal’s founder and project lead, Dries Buytaert – who is also the co-founder of Acquia – has already provided his expert insights around this exact topic.

According to Buytaert, “the big deal about Drupal 9 is…that it should not be a big deal. The best way to be ready for Drupal 9 is to keep up with Drupal 8 updates.” He adds, “the upgrade to Drupal 9 will be easy. Because we are building Drupal 9 in Drupal 8, the technology in Drupal 9 will have been battle-tested in Drupal 8.”

Additionally, Drupal.org confirmed this as well, saying, “it’s made to be an upgrade from Drupal 8. All components from Drupal 8 will be working on day one of Drupal 9.”

Based on these reputable sources, we are confident that the upgrade effort for transitioning from Drupal 8 to Drupal 9 will be minimal. That upgrade will likely take days – or even hours – depending on the complexity of your site. Contrarily, upgrading from Drupal 7 to Drupal 9 would be a much more complex, costly, and time-consuming process. 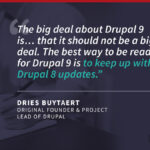 How much work is it to upgrade from Drupal 7 to Drupal 9?

It all depends on the complexity of your website, but it would likely be quite involved and take multiple months. There are substantial technical differences between Drupal 7 and Drupal 8+. These differences are significant enough that Drupal 8+ is often considered an entirely different type of technology. As such, Drupal 7 cannot be “upgraded” to Drupal 8. A Drupal 8 application needs to be built from the ground up, with careful migrations conducted with individual parts of your platform.

What sort of projects should I consider during the upgrade to Drupal 8?

Drupal 8 unlocks a bevy of advanced functionality features, meaning your website will be able to perform better than ever before. How can you best take advantage of this?

Here are some areas you should think about:

The bottom line: you should be updating to Drupal 8 ASAP!

“Their work on the Drupal project is outstanding…At this point, they likely know our products better than some of our employees…That effort distinguishes them from other vendors. I encourage other companies to engage them; they’re the perfect partner.” —  Director of Digital Marketing, SIKA

The above are just some examples of the countless benefits of updating Drupal to version 8 now instead of later. The main advantage, however, is how flexible Drupal is as a CMS. If you’ve chosen to use Drupal, you’re potentially handling huge amounts of complex data or facing other but similarly unique technical challenges.

“I was so impressed with how well they got to know us and our clients. We felt throughout the entire process (and even now!) that they truly care about our success and want to remain a valued partner. The whole process never felt transactional — it felt like a relationship. I would recommend ADK to anyone that was looking to make a meaningful investment in their web presence.” — Ashley Correll, Beyond Insurance Chief Operating Officer

If you want to make sure you continue to get the most from Drupal – and potentially more – you’ll need a sound strategy for updating your CMS with minimal disruption. We’d love to help you make that strategy a reality and ensure that it’s customized to capture the unique opportunities your website and organization has. So, let us know – what’s your biggest challenge or opportunity for your Drupal website?

Healthcare and the Digital Landscape with Michael VanRooyen